Only a small handful of teams around the world are currently working in the field of computer vision & AI for autonomous flight. Ours is already making a difference.

We have already made high-performance drone missions a reality with precise, real-time detection & tracking for inspection flights. Now we’re working on systems that will make delivery and passenger drones completely safe and reliable.

With a deep academic background based on more than 30 years of research led by Prof. Joseph Francos, our team has vast experience in computer vision, machine learning, and aeronautics. 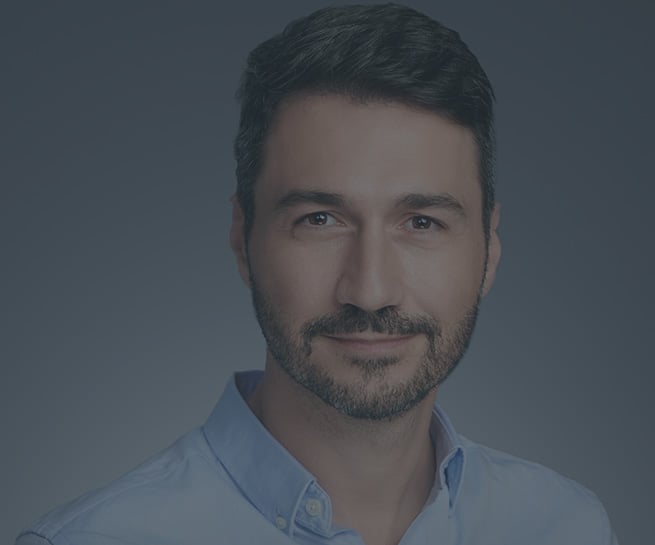 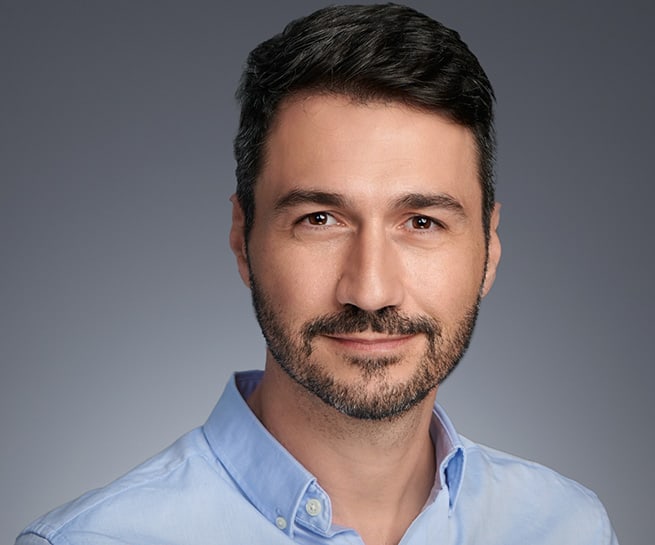 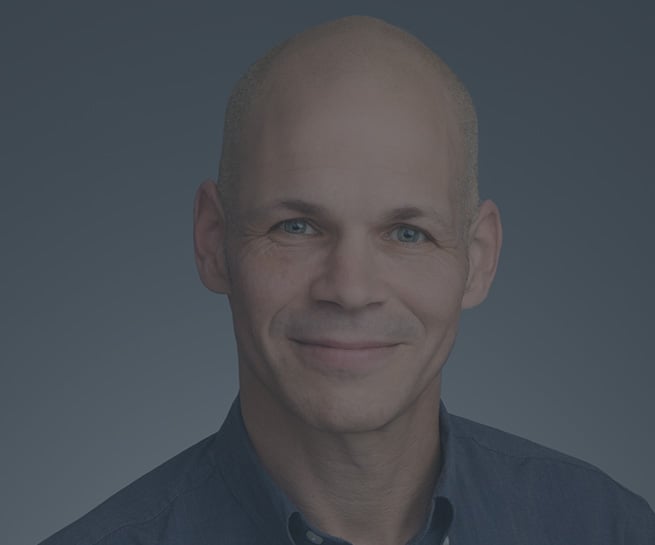 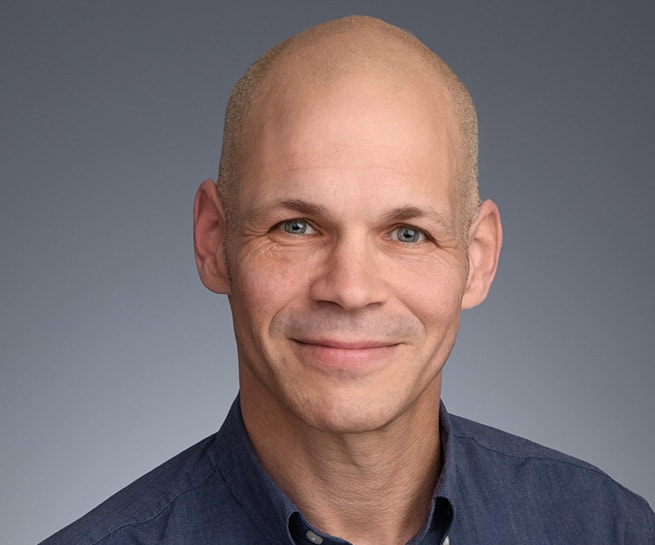 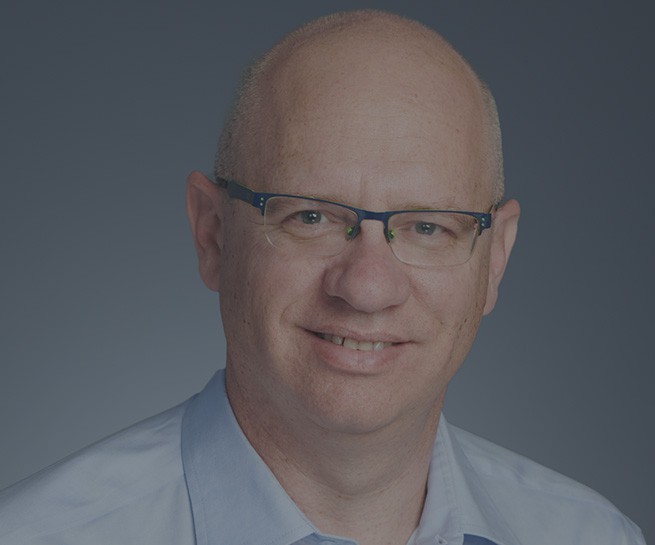 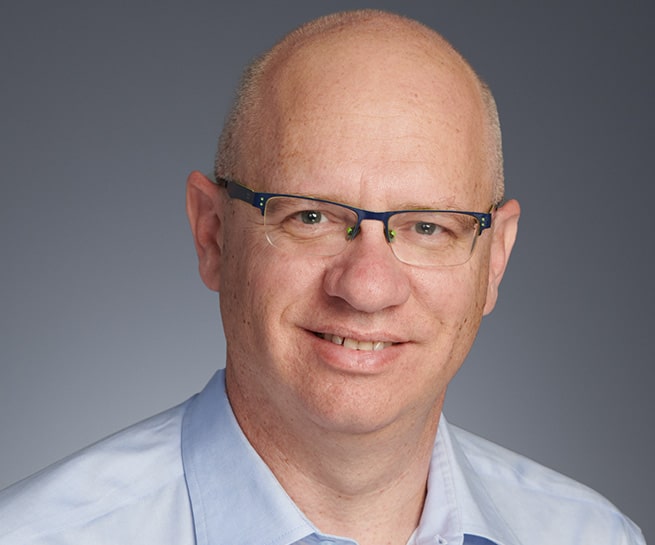 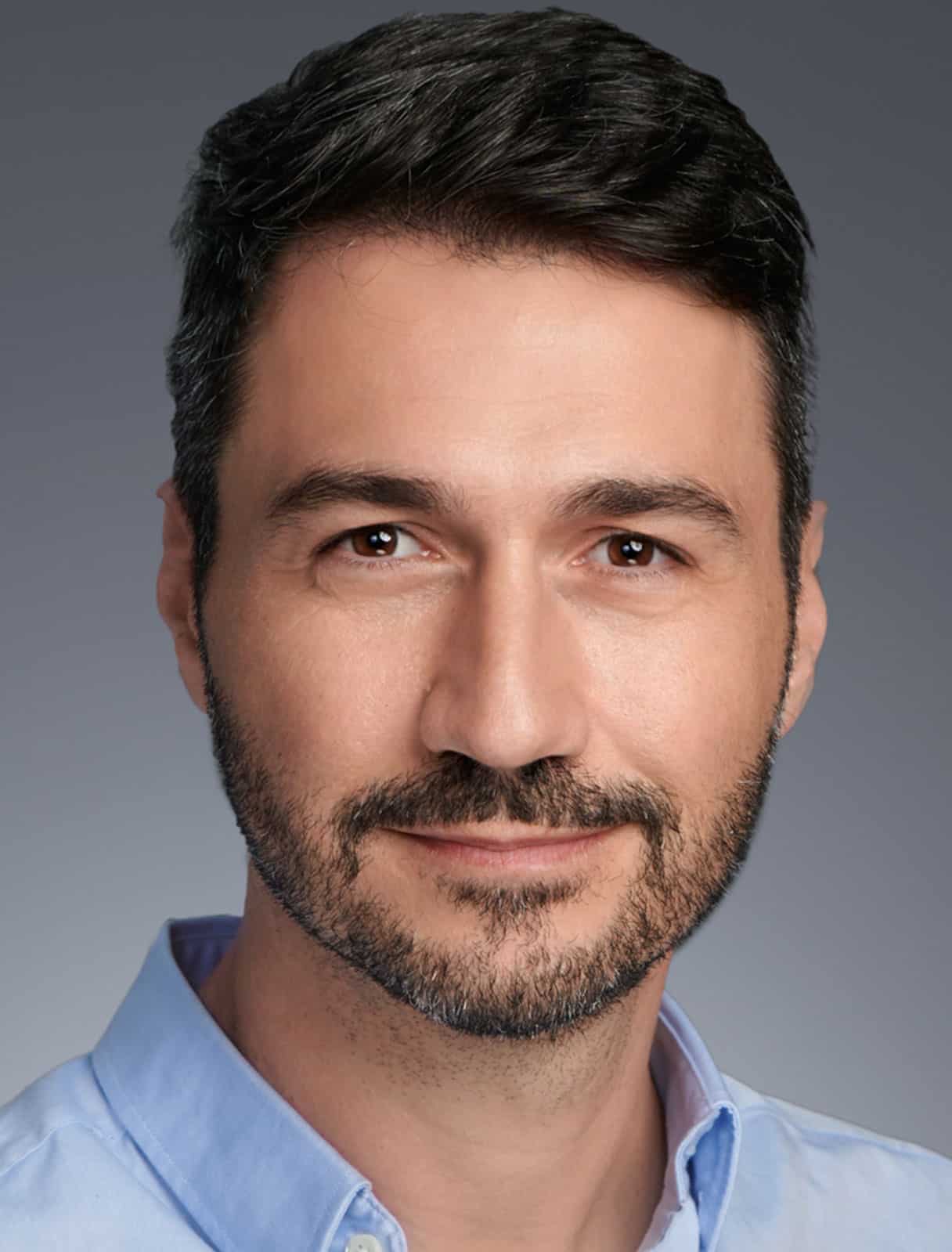 As Sightec CEO, Roy is responsible for the vision, strategy, and overall execution of the company. Roy has spent over 14 years in formulating global growth strategies and leading them from inception to execution. Before joining Sightec, Roy served as a Corporate Development & Ventures Lead at Amdocs (NASDAQ: DOX). In this role, Roy worked closely with Amdocs’ executive team in framing corporate strategy and led the company’s inorganic efforts in multiple technology fields. During his time at Amdocs, Roy led deals with a total value of more than $1 billion that helped the company enter new markets and technology domains. Prior to Amdocs, Roy worked as an Associate at Citigroup in the Corporate Finance team in Israel and in the EMEA Transaction Execution Group in London. Before joining Citigroup, Roy held a Senior Consultant position at Deloitte Consulting in the Israel-based Financial Advisory Services group. 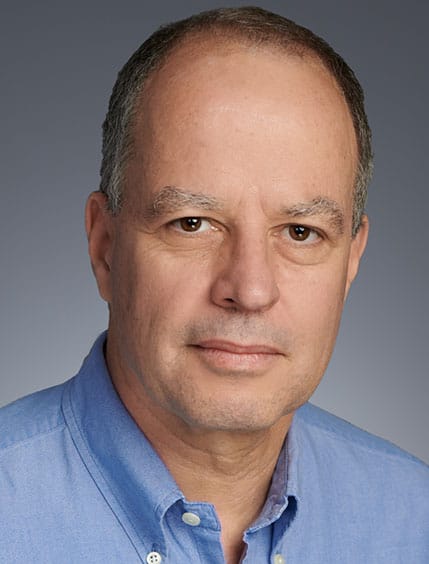 As Chief Scientist Officer (CSO), Prof. Francos leads Sightec’s research and innovation and oversees the scientific functions of the company and its overall technology vision. Mr. Francos has held various positions at Signal Corps Research Laboratories, the Israeli Defense Forces, and the Polytechnic Institute. Mr. Francos is a Professor in the Electric & Computer Engineering Department at Ben Gurion University as well as the Head of the Mathematical Imaging Group and the Signal Processing track at the university.

He holds a B.Sc. in Computer Engineering and a D.Sc. in Electrical Engineering, both from the Technion-Israel Institute of Technology in Haifa. 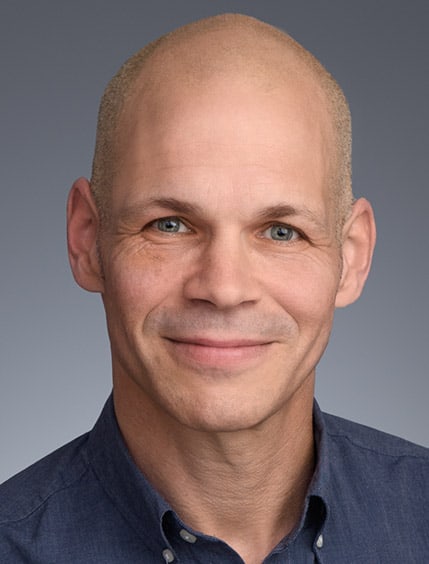 As CTO, Yonatan is responsible for Sightec’s roadmap planning, technology goals and implementation strategy. Yonatan brings over 15 years of experience in computer vision on embedded platforms, including 3D sensing, ADAS, and Automotive in-cabin sensing.  His passion is developing technological products with deep algorithmic and multidisciplinary aspects. Before joining Sightec, Yonatan was CTO at Mantis-vision, where he was responsible for all aspects of Mantis’ innovative structured light sensor – including optics, image sensors, algorithms and SW.  Yonatan had a key role in bringing this 3D sensing technology into multiple markets, including mobile handsets.  Yonatan also worked for many years in Mobileye, both in developing machine learning for ADAS, as well as managing the development of Mobileye’s Aftermarket product. 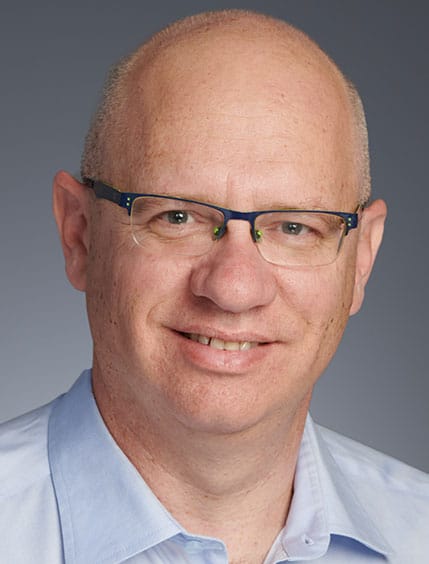 Elyashiv leads and manages all finance, planning, accounting, and legal activities for the company, bringing over 15 years of financial management experience at leading banks and startups. Before joining Sightec, Elyashiv served as CFO at NSLComm, a startup in the satellite market. He was part of the founding team of the Ramon Foundation, an NGO named after Israeli astronaut Ilan Ramon. In this role, Elyashiv was responsible for ongoing activities with NASA and the European Space Agency. He is also on the board of Nobel Laureates for Excellence in Education, an NGO which promotes STEM (Science, Technologies, Electronics, and Math) education in Israel. 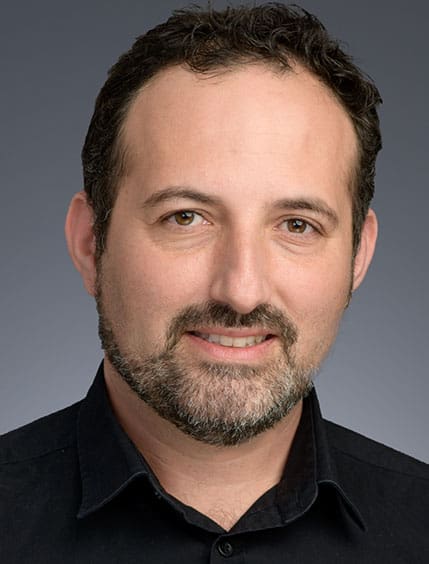 As VP Product, Assaf is responsible for defining, positioning and planning Sightec’s current and future product portfolio. Assaf is also highly involved in business development activities establishing new business partnerships, markets and applications. Assaf brings over 20 years of experience in commercializing ideas into exciting products. Before Sightec, Assaf served as the Director of Products at Mobileye (an Intel company), where he led a team to successful execution of products for the automotive and big data markets based on computer vision and AI technologies. Prior to that, Assaf founded a start-up aimed to harness computer vision & drones technologies for agriculture, mapping and other commercial applications. His extensive knowledge in the aerospace and HLS markets comes from hands-on experience as a system engineer at Israel Aerospace Industries (IAI) through various leading roles he held in an elite intelligence agency.

Mr. Raffi Friedman brings vast experience in leading and managing growing global businesses. In his former role, Mr. Friedman was the CEO at Electra Consumer Products Ltd. In addition, Mr. Friedman holds the position of Chairman of Beres Electra Cellular Communication Ltd. (distributor of Sony Ericsson in Israel) as well as three public executive positions: Director of Israel Standard Institute, Chairman of the Electrical Product Division of the Israeli Chambers of Commerce, and Management member of the Manufacturers Association of Israel.

Dr. Avshalom Horan is a Venture Partner at Tene Capital and Managing Partner at Bridge Investment Fund. Previously, Dr. Horan worked as the Vice President of a technology subsidiary of the Bank Leumi Investment Group. Dr. Horan serves as the Chairman of Simbionix USA Corporation and has served as a Director of several private and public Israeli companies, including NICE Systems Ltd. He has a background in seed investment and management of technology companies through their early stages. Dr. Horan holds a Ph.D. in Engineering Economic Systems from Stanford University.

Haim brings to our board a great deal of experience in entrepreneurship and development of new markets. Following long service in the IDF, Haim ran several commerce businesses in Italy. He is a serial entrepreneur and has been with Sightec since its early days.

Itai has extensive experience in the VC and PE industry. He co-founded and managed the Sherpa Group, a New York-based venture capital platform with offices in New York and Tel Aviv that has adjusted its model as markets have evolved. Itai serves as the Executive Director of the Government of Luxembourg Trade and Investment Office in Israel. He also serves as a board member and Chairman of various technology companies in Israel and the US, advising in the fields of M&A transactions, venture capital, and strategic planning.

Mark Lauterstein – Director an entrepreneur, enjoyed a number of successful exits, investing mainly in the fields of robotics and machine vision in several companies.

Chris is a Partner at Playfair Capital. Prior to joining Playfair, he held senior roles at plan.com and Vannin Capital. He has executed over a dozen angel investments across the UK and US in the past 10 years, with three notable exits to date: Nearbuy Systems (acquired by RetailNext), MoPowered (LON:MPM), and Bidstack (LON:BIDS). 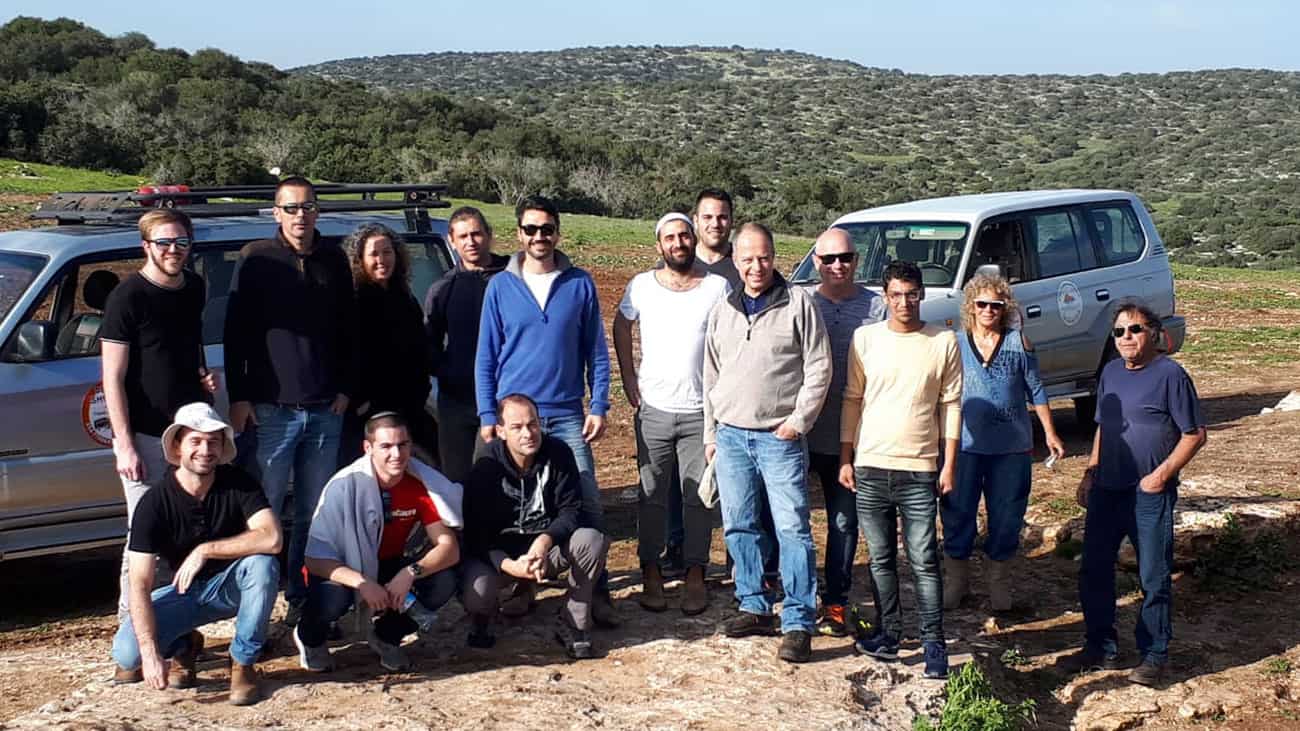